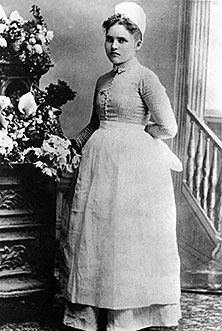 Edith Graham, R.N., was the first professionally educated nurse in Rochester. She worked at Saint Marys Hospital, which the Sisters of St. Francis opened in 1889, and taught nursing skills to the Sisters.

Saint Marys was one of the first hospitals in the United States to use the new principles of antiseptic surgery from its inception. By paying careful attention to prevent infection, the staff achieved remarkably high rates of patient survival, which earned the hospital widespread recognition. 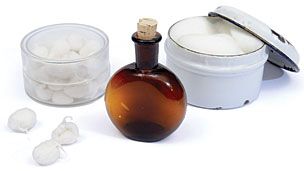 Items used in the first operations at Saint Marys Hospital, 1889.​Teamwork was another factor that contributed to the hospital’s early success. At the time, physicians usually delivered ether anesthesia – but they often became so distracted watching surgery that they delivered too little or too much ether, with potentially fatal results. Edith Graham, by contrast, focused on meticulous administration of ether, working closely with her surgical colleagues. She and her successors helped define the profession of nurses who specialize in delivering anesthetics, a model that is followed today throughout the world.