Quotations from the Doctors Mayo

A family of doctors who gave their name — and values — to Mayo Clinic. Memorable words from the Mayo brothers, Dr. Will and Dr. Charlie, and their father, Dr. William Worrall Mayo. 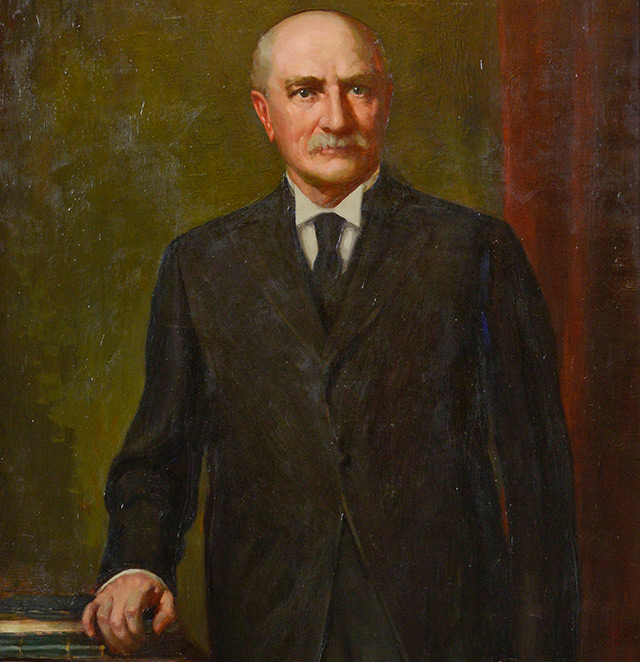 The father of the Mayo brothers was a highly regarded doctor who inspired his sons with values that remain central to Mayo Clinic.

"My own religion has been to do all the good I could to my fellow men, and as little harm as possible."
1904

Dr. Will, the elder Mayo brother, was an internationally acclaimed surgeon and ambassador of the medical profession.

"The best interest of the patient is the only interest to be considered, and in order that the sick may have the benefit of advancing knowledge, union of forces is necessary."
1910

"I would admonish you, above all other considerations, to be honest. I mean honesty in every conception of the word: Let it enter into all the details of your work."
1910

"The ills of today must not cloud the horizons of tomorrow."
1926

"It is for the younger people to meet the conditions of their generation in the way that appears to them to be wise and best."
1929

"Medical science aims at the truth and nothing but the truth."
1929

"I look through a half-opened door into the future, full of interest, intriguing beyond my power to describe, but with a full understanding that it is for each generation to solve its own problems and that no man has the wisdom to guide or control the next generation."
1931

"Our father recognized certain definite social obligations. He believed ... that the important thing in life is not to accomplish for one’s self alone, but for each to carry his share of collective responsibility."
1934

"It is a great thing to make scientific discoveries of rare value, but it is even greater to be willing to share these discoveries and to encourage other workers in the same field of scientific research."
1935

"We have never been allowed to lose sight of the fact that the main purpose to be served by the Clinic is the care of the sick."
1935

Dr. Charlie, the younger Mayo brother, was considered more informal and approachable than Dr. Will, but both brothers were equally esteemed by patients and colleagues.

"It is a poor government that does not realize that the prolonged life, health and happiness of its people are its greatest asset."
1919

"The great contribution we can make is to prepare the oncoming generation to think they can and will think for themselves."
1920

"There are two objects of medical education: To heal the sick, and to advance the science."
1926

"We must develop earlier in life an avocation, to maintain our interest in life.  Such outside lines of thought and diversion are the more successful when they bring us in contact with nature, birds, gardens, geology, and the like."
1927

"The object of all health education is to change the conduct of individual men, women and children by teaching them to care for their bodies well ...."
1928

"Today the only thing that is permanent is change."
1931

"... if we excel in anything, it is in our capacity for translating idealism into action."
1931

"The problem before us is so to exchange information and so to educate men through travel that there shall develop a final, cosmopolitan system of medicine which will combine the best elements to be found in all countries."
1936