The Rochester, Minn., skyline will glow with a special holiday display. 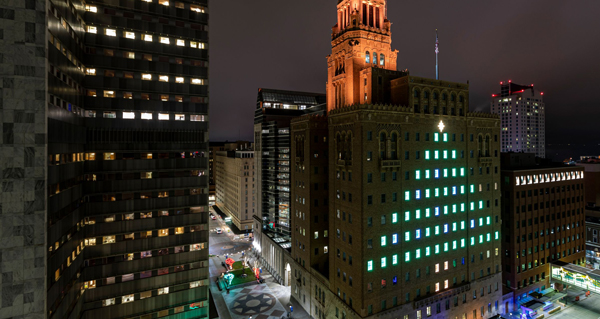 Every December from 1950 to 1956, Mayo Clinic displayed a Christmas tree in lights on the south wall of the Plummer Building, facing Second Street SW. Mayo electrician Fred Reed and his colleagues planned the annual designs.  Night watchmen, as Security personnel were called, manually turned lights on to create the tree pattern each night. From year to year, the tree design varied: all-white ... red-and-green ... and white with colored accents. This description from 1950 suggests the extent of the project:

"Formed by 60 lighted windows, the tree stands 128 feet high and 131 feet wide. On top of the tree, which extends from the fourth floor through the twelfth, is a five-pointed star of plywood with a light on each point and one in the center."

In 1957, the employee publication Mayovox announced the end of this popular tradition: "Not for lack of effort by Engineering Maintenance and the Electrical Department, but because remodeling on many floors has so changed the pattern of lights that it just isn't possible any more."

In the 1960s and early '70s, an illuminated star was placed in the Plummer Building bell tower. Amid the oil crises of the 1970s, Mayo Clinic ended this charming custom. 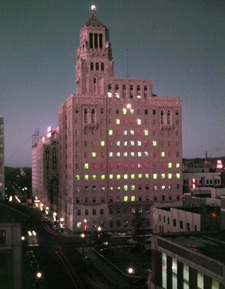 Now, using high efficiency LED lights, the long-lost "glow" is once again restored to the Mayo Clinic campus each winter. Also, while displays in the 1950s lasted for only a few days around Dec. 25, this illumination extends throughout the holiday season. 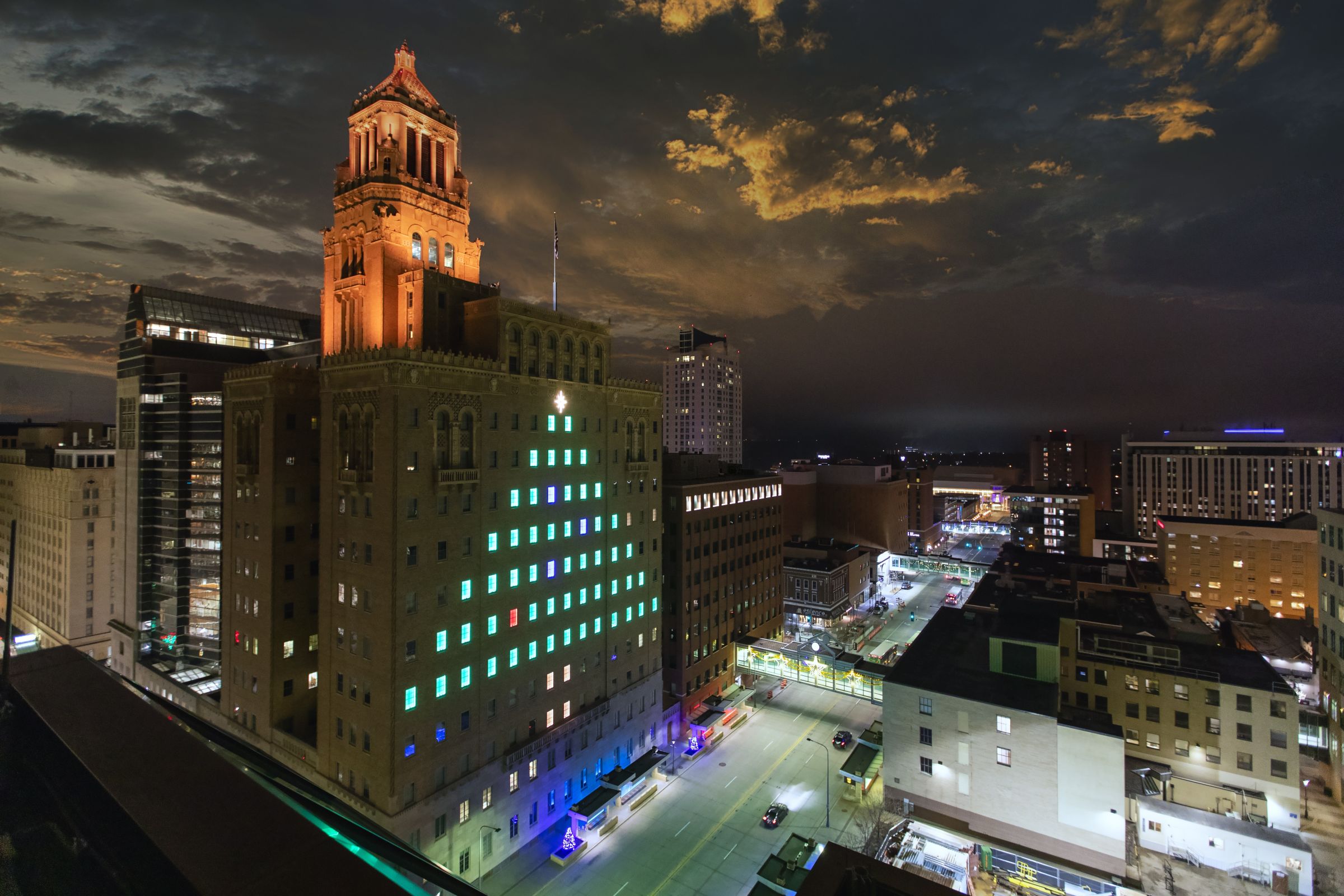 Sixty (60) windows are illuminated to create this design.  With 600 lights in each window, that's a total of 36,000 lights bringing joy to those near and far. 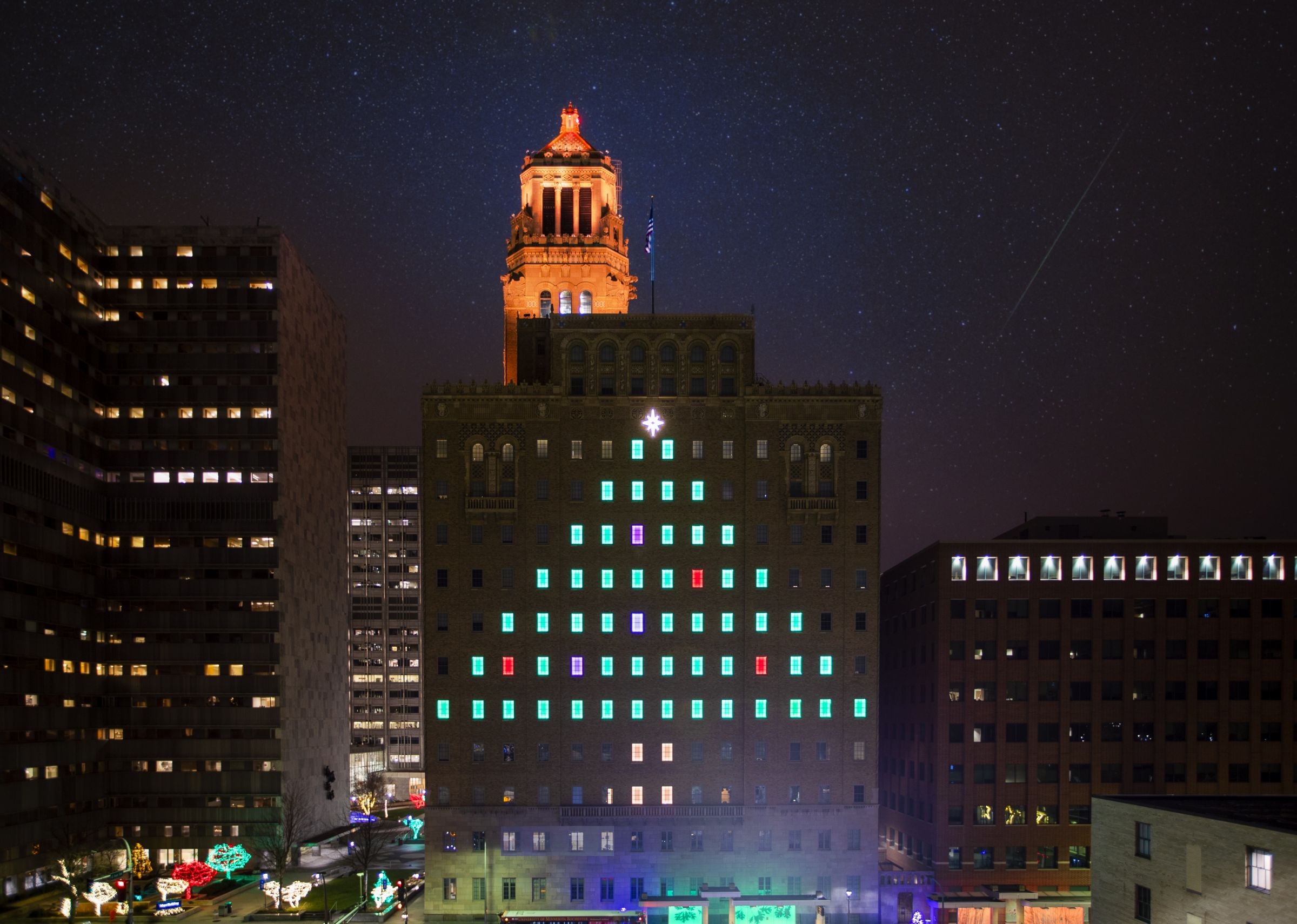